I've just got back from a crazy week in Amsterdam at the Scratch2015AMS conference. From the opening reception through till after the final close it was packed from breakfast till bedtime with constant events and activities, so we're pretty exhausted.

Amsterdam was hot and humid, and on getting back to the hotel on the first night there was just enough time for a quick experiment to see how hot and how humid - I'd brought 10 Arduino's with multi shields and dht11's for our workshop session, so quickly programmed one up to find out that it was 26 degrees and 70% humidity. Opening the window dropped the temperature to 20 which helped a lot, but (there's a bit of physics here...) the colder air can't hold as much moisture, so the relative humidity increased  to an mind boggling 80%. DHT11's are only rated to read up to 80%, and we maxed it out. 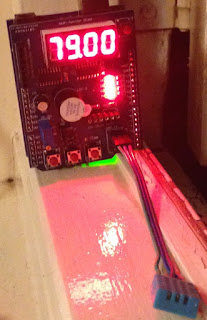 The next day was our workshop on using Sniff with Arduino. We'd run the same workshop a few weeks previously for the Bournemouth Festival of Learning, but we did that in our own lab space, which is set up pretty nicely. Our biggest concern was getting everything setup on other peoples machines. This was indeed a bit chaotic, and it really didn't help that our "workshop" had been scheduled in a lecture theatre. Tom works with Steve Heppell on his "learning environments" projects, and between the heat, and the layout this was a pretty bad learning environment. However we muddled thorough, and once we had things installed on a few machines it went more or less according to plan.

One of the workshop participants was Phil Bagge, who I'd not previously met, but who teaches in a school 6 miles from my home! Of course sometimes you need to go to Amsterdam to meet people face to face. The workshop also gave me a chance to meet Sjoerd Dirk Meijer who works with Ton Smit - a keen supporter of Sniff.

We also gave a short presentation on our paper which is in the proceedings. For academic reasons it was useful for us to be able to "publish" something, but meant we missed out on presenting a Poster. 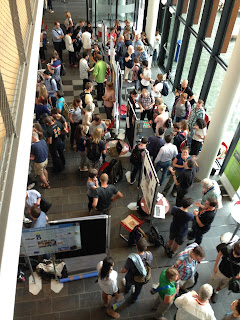 At most conferences "posters" are the session where presenters stand in front of their board, while everyone else ignores them, but not at Scratch conferences. We had a great experience presenting a poster last year, and the session was just as exciting this year. We got into a few arguments with people about higher level thinking in programming (all in good fun I hope!), and met up with  the Arduino Unleashed team. They're exporting Scratch to Arduino to run standalone. Their work therefore involved hooking into the Scratch block system, and compiling that to Arduino code. We're hoping they'll consider putting their code on top of Sniff, as their front end is something there's demand for (but outside the scope of what we do with Sniff), but the Sniff backend is much further developed.

In the evenings there was drinking and talking in the awesome Waag Building, including some serious talk about putting Sniff on a commercial educational robot. There evenings also played host to teachmeet sessions, which gave lots of people a chance to informally present stuff that we might have missed otherwise. 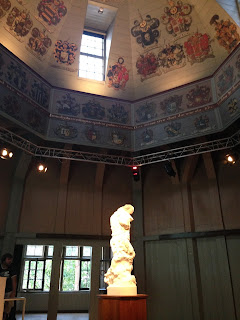 On the final day there was a gap in the schedule, and someone from a third Arduino project sugguested we run an Arduino panel with all of the Arduino projects in the free workshop space. This time the space was perfect for sitting round a table and doing a show and tell. We all demo'd our stuff and it was a pretty good, informal session. Purely by chance Andy from Guildford (again within easy travel distance of Bournemouth!!!) hadn't come across Sniff before, but happened to wander into the session... an hour later he was a total convert, so we'll be setting up some work with him over the next 12 months. 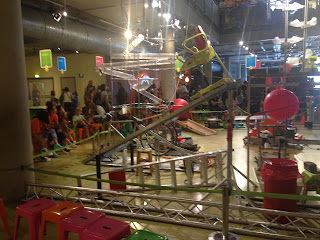 Even after the conference was over the fun didn't stop, as the organisers had negotiated for us to get free entry into NEMO - the Amsterdam Science Museum. A few people probably missed this, as they had to get home, but its an amazing place. It's just full of kids running round and playing with crazy science based activities.

Scratch2015AMS is over, but it was a great week, and we met lots of great people. I'm still recovering but Scratch2016@MIT is only 12 months away, and we're making plans already!