While the BU Xmas tree was a lot of fun, it was a shame we didn't have the time to implement a neoPixels solution. If you're planning something on a more domestic scale then its really easy to make christmas tree lights that will amaze you friends and family! 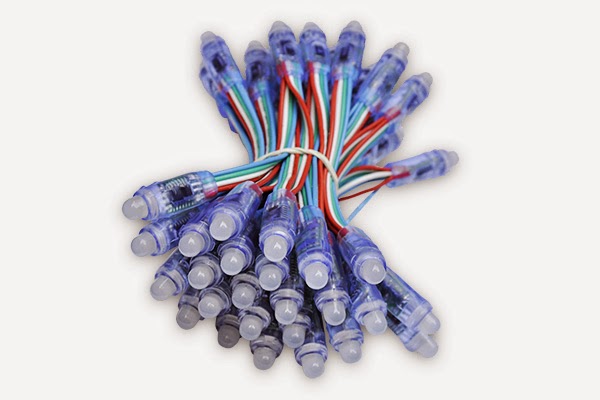 I started with these: a string of 50 12mm neoPixels (which I got from Embedded Adventures, but they're available elsewhere). They're called 12mm because the housing is 12mm diameter, but actually the led bit is about 8mm. Anyway they're perfect for xmas lights!

To wire them up, need to first work out which end of the string is the input - they're not labelled, but you can see a chip inside the housing. The input is the same side as the chip, while the output is on the bottom.

Once you've found the input end you're faced with three wires connected to a plug, and two bare ends. The bare ends are the power, and at least in the ones I have, earth is blue and 5V is red. Apart from the red thing, the other clue to confirm this is that the bare earth wire should match the earth wire thats connected to the plug (i.e. I've got 2 blue wires). You should wire these up to a decent 5v power source - USB/arduino regulator isn't a great idea, as they're simply not powerful enough.

To wire the plug up you can buy suitable cables but I just used three breadboard jumper cables. The earth is the important one. This leaves data and clock. If you get these wrong, then nothing bad happens - it just doesn't work. Plug them into pins 2 and 3 of an arduino and you're good to go.

Data and clock you say? I thought neoPixels ran from a single pin? Well yes, ws2811 neoPixels do, but these larger strings tend to use ws2801 chips which have a separate clock. The good news is that make the MUCH easier to code for so the sniff driver for them should be more portable.

We've covered neoPixels before, and the only change is that now we need to create the device as:

All we have to do is fill in the neoColour list with the colour we want for each LED. It uses 0-360 to represent the colour.

We also add timer*0.1 so that the colours animate march along the string. Finally we scale by 360, and them mod 360 so that the answer is in the correct range. 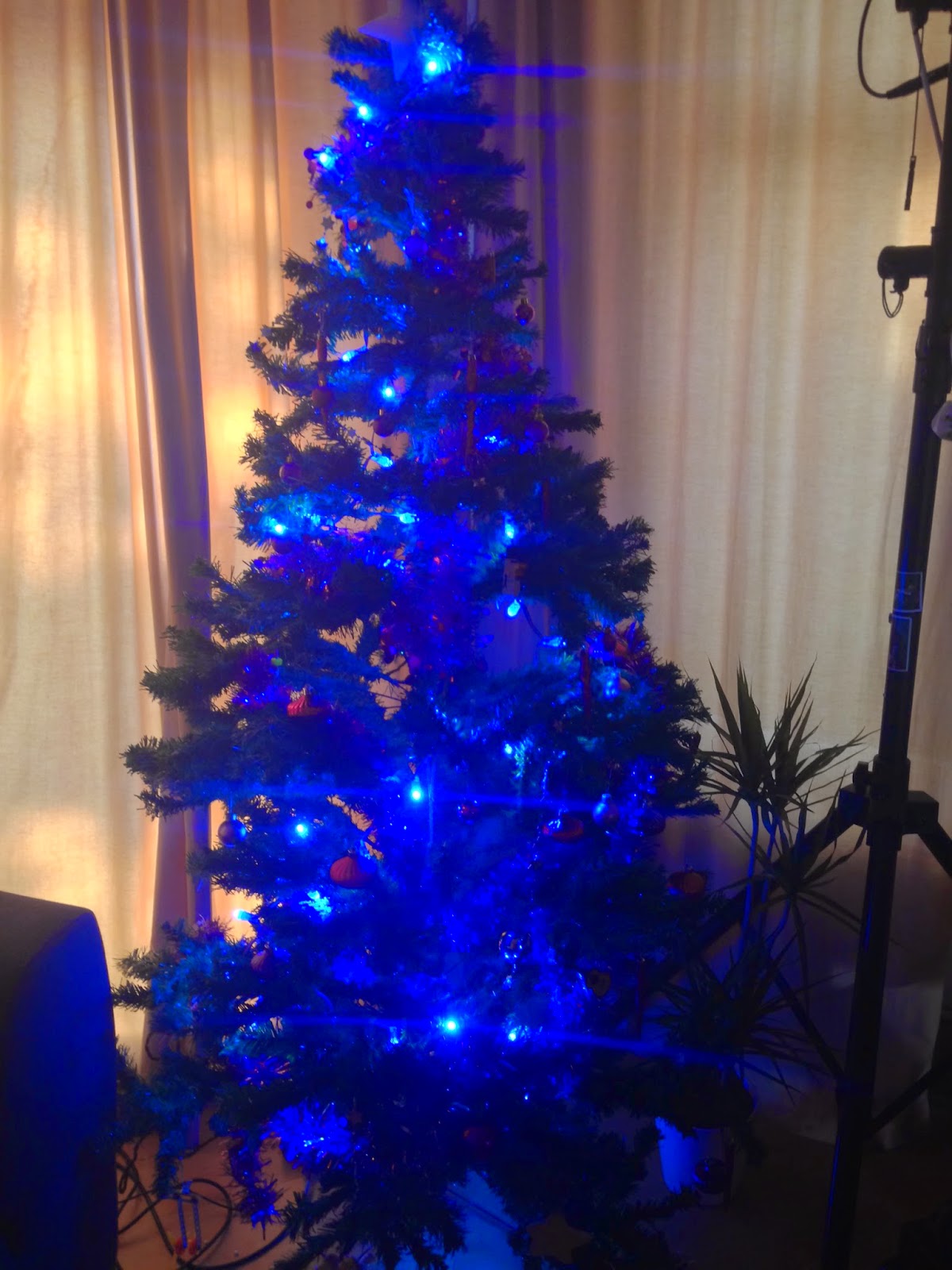 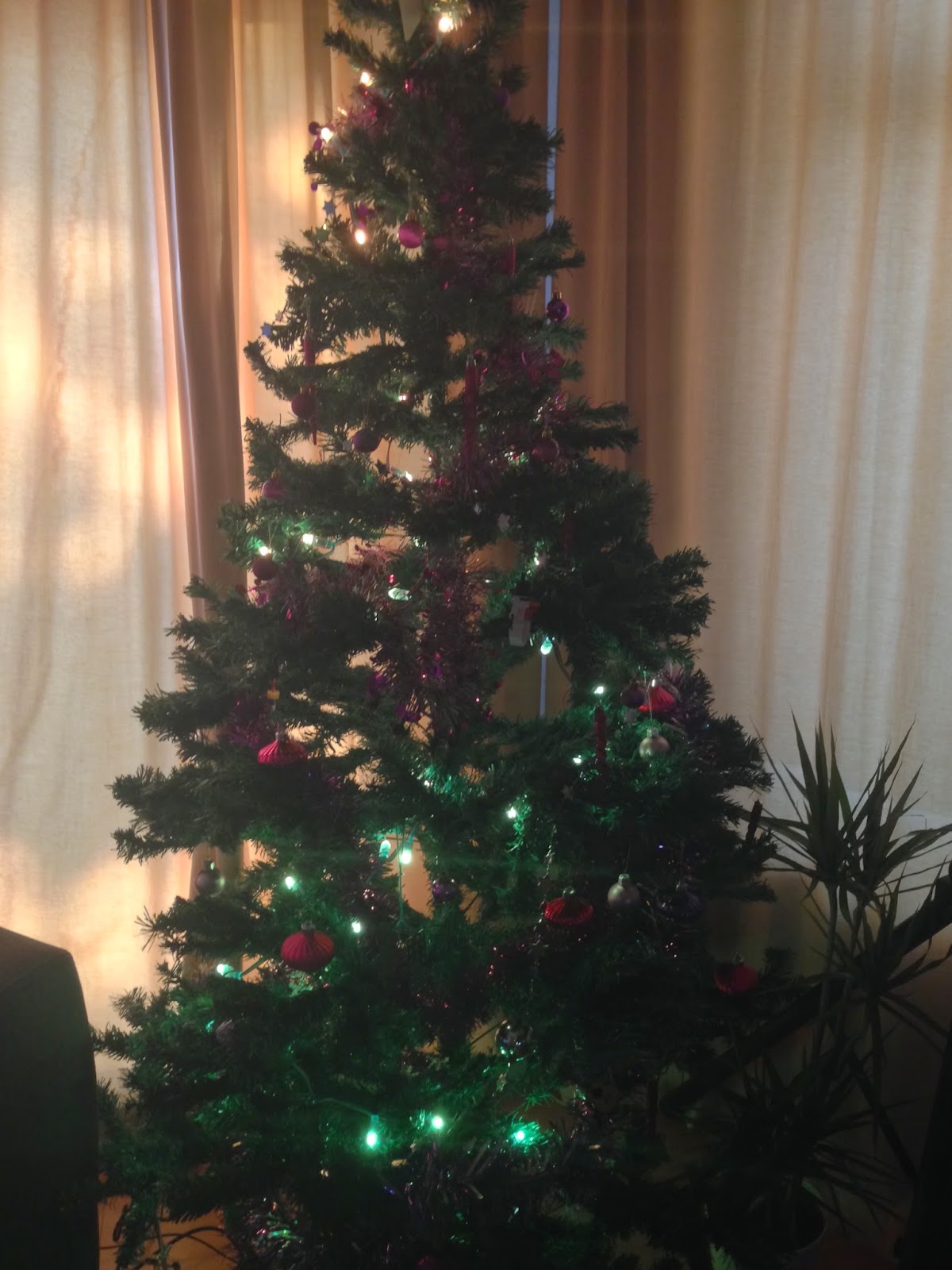 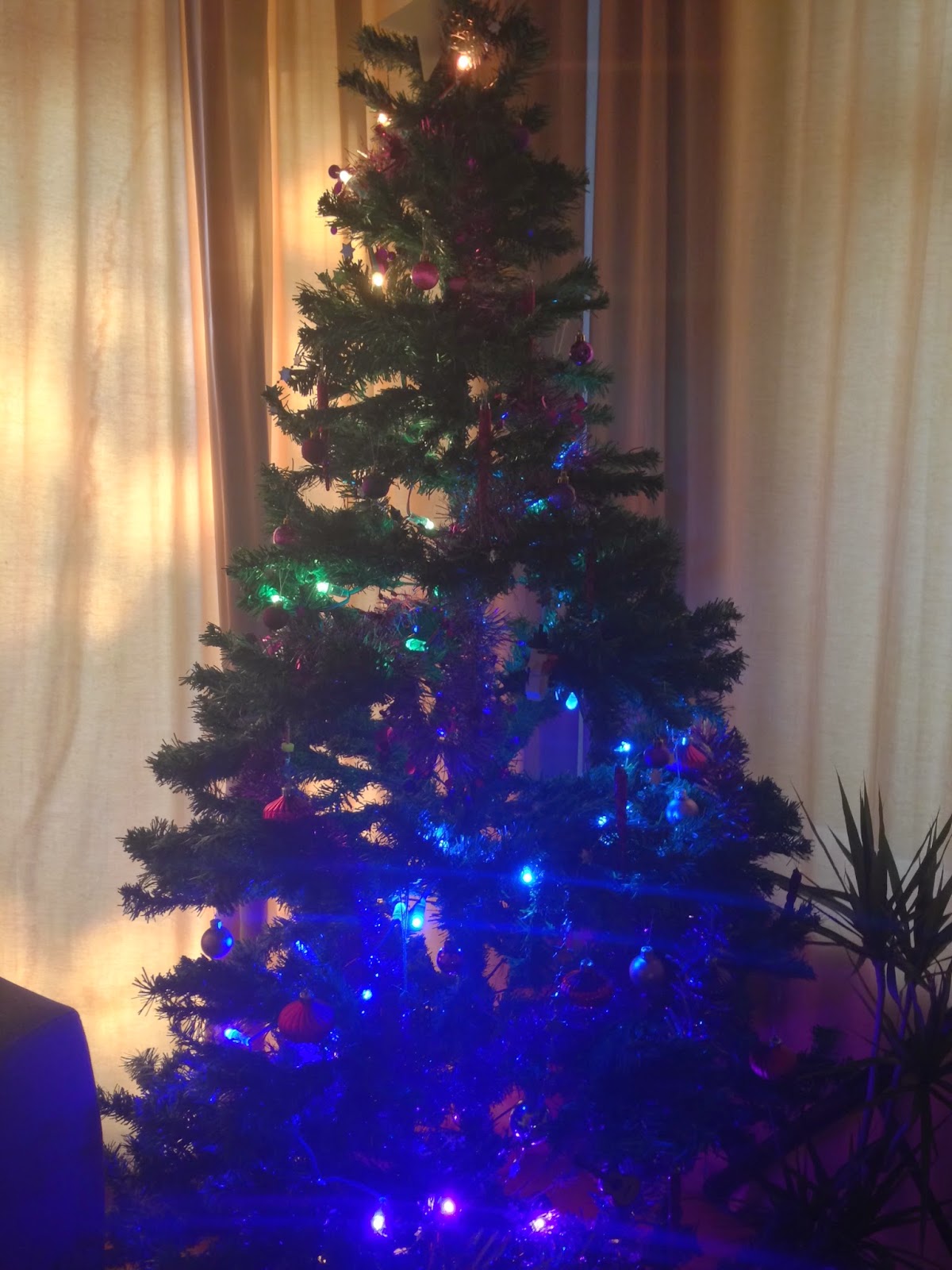 I've just let them free run, but you could easily add IR remote control, or use a PIR so the lights change when someone goes near the tree!
Posted by I at 03:44