We just spent the week at MIT in Boston for the 2014 Scratch conference. We've got lots to follow upon. We took more Sniff business cards than I ever thought we'd need, but we gave out every single one during an amazing poster session. 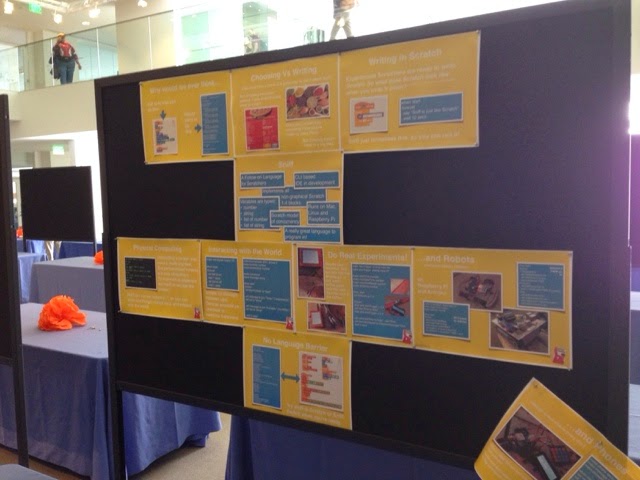 We demo'd the hot wheels speed trap, the sniff weather station, the heart monitor, and of course a bunch of neoPixels. Just follow the links to find out how to reproduce those projects yourself 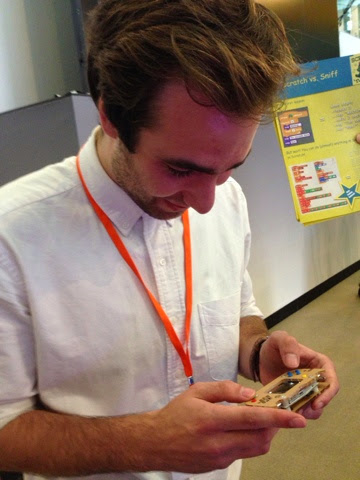 I also brought the gamebuino running Bounce Out. We'll post full details of that soon but it was a big hit with at least one kid who kept coming back to the stand for another go.
Physical computing was a big emergent theme with lots of robots and lots of Arduino (and we brought home some studuino boards to use with Sniff). We even saw the odd raspberry pi. They fitted into a bigger theme of making, writing and coding. We teach kids to write, not so they can find jobs as writers, but because it allows them to move beyond being consumers of knowledge and become sharers and communicates of their own ideas. There's lots of talk in the new uk computing agenda about employability and not so much about how coding and making are fulfilling activities. 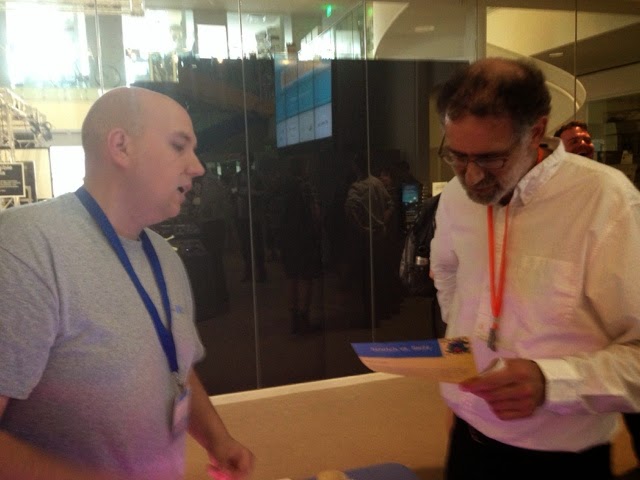 It was great to meet the Scratch team, and they all seemed genuinely interested and supportive of Sniff. It was quite clear that the most important part of the scratch project is the community. Scratchers get as much out of sharing and collaborating on their work as they do creating it.

Sniff is still at the beginnings of its life, but one of the focuses for immediate future has to be to build the same sort of colaborative environment that scratch has. While we're putting better colaborative tools on place, if you talked to us at Mit and what we were saying made sense then download the code, leave a comment below,  drop us an email and follow us on twitter.